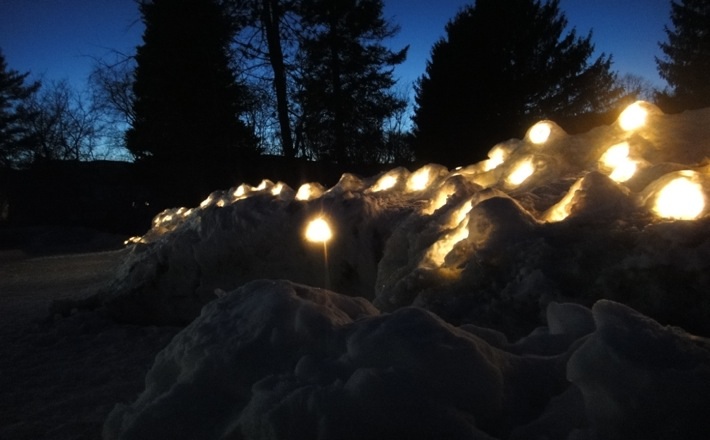 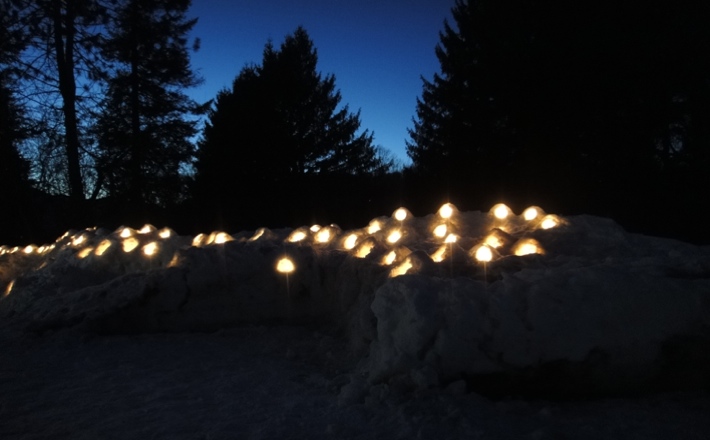 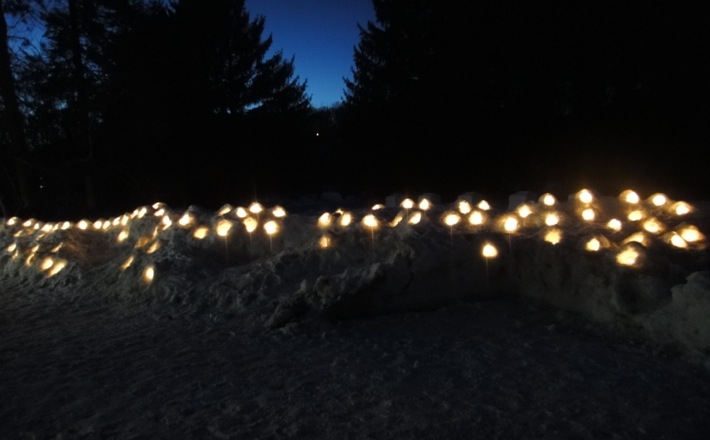 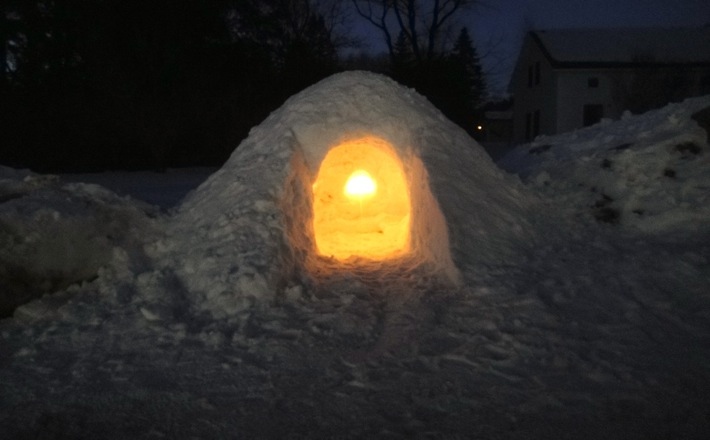 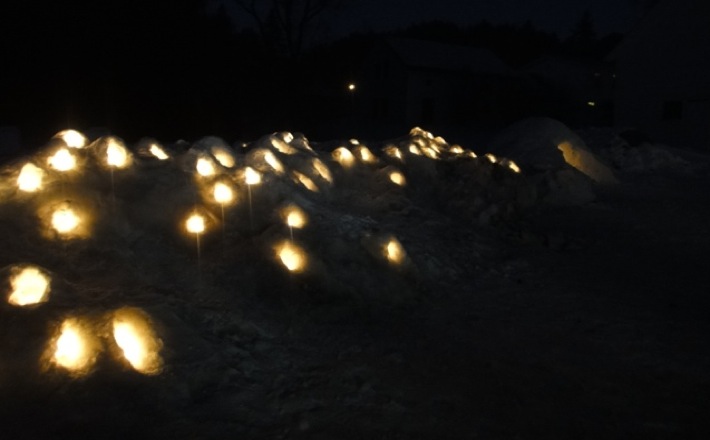 A room made by carving out a mound of snow is called a kamakura. In Yokote City, Akita Prefecture in North Japan, more than 100 kamakura and countless miniature kamakura are made in winter. We constructed a kamakura installation for the open studio at VSC. Numerous rows of tiny kamakura will stand around the grounds of the VSC, with the lights shining from within, creating a romantic scene. It was connect the Eastern and Western spirits.

The candle lights of these snow white kamakura produce a quiet, beautiful spectacle against the darkness. This 400 year old festival in Yokote City is said to have its origins in the traditional event of returning New Year decorations to the gods by burning them, and also to the custom of children chasing away birds damaging crops. Inside the kamakura, an altar is set up to honor the water gods and to pray for clear water, while sake and rice cakes are offered to the gods. Passers-by are invited by the children, in Akita dialect, to come inside the kamakura and drink some sweet fermented rice brew. Everyone has a good time chatting, while eating rice cakes and sweets, which is the conventional way of spending time in kamakura.